Phil Waller and John Blanks live in the Grays Ferry neighborhood of South Philadelphia. While celebrating a neighbor on his way to college at their block party, a series of events unfolded that led to an excessive showcase of police power. 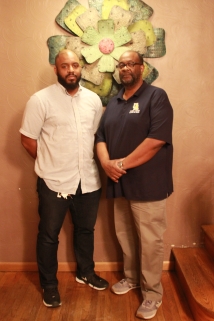 Early Experiences: Phil and John had different formative experiences and beliefs about police.

Culture Clash: The conflict that took place at the block party is partially explained by the different cultures in the neighborhood, which John explains.

Contributing Factors: Phil explains how the threat of gang activity in a different neighborhood downgraded the block party, and what his neighbors did.

Party’s Over: The police arrive in force, offering no explanation for breaking up the neighborhood celebration.

The Times: The police shut-down of the party reminded John of how he and other African Americans were treated in the 60’s.

View all posts by krisjeden

Links to my accounts are at the bottom of this page.